Mentoring and Coaching for Creative Change

How I came to write about the goddess Hekate and the Feminine Principle. 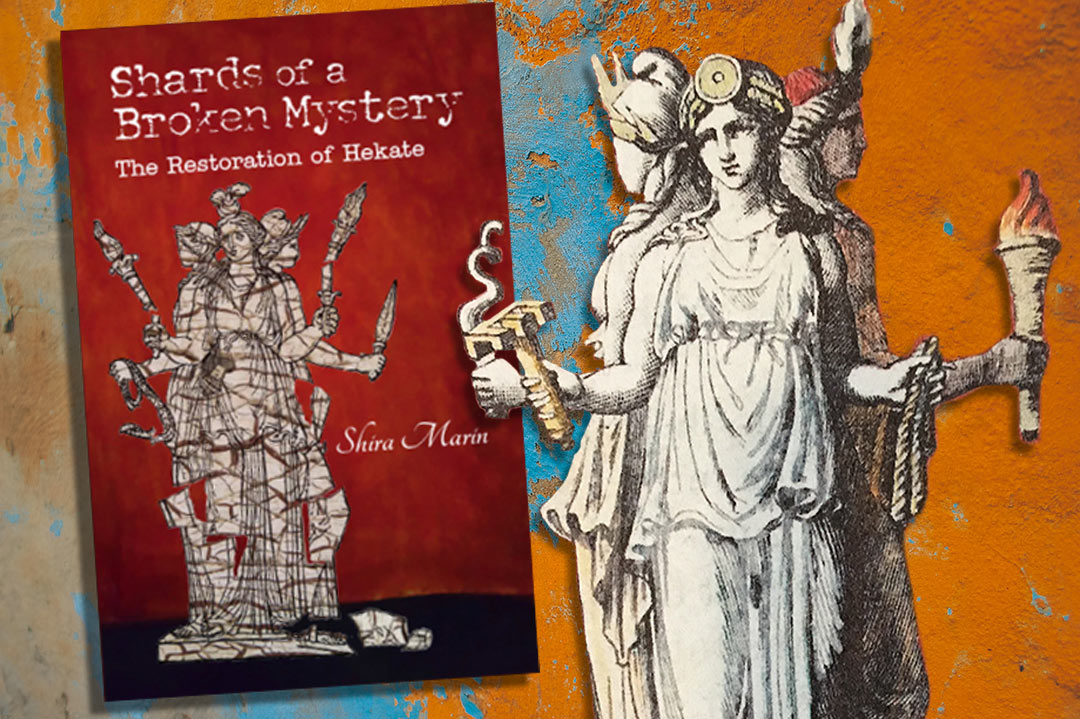 Learn about Shards of a Broken Mystery

I am a Jungian psychotherapist, a poet and artist, open to working with my imagination and images. The connection I have written about in my book – with a mythological being – was natural to me. Hekate has illuminated the instinctual life of the Feminine Principle for me as a saving grace not yet imagined in the present-day patriarchal milieu.

Creating a relationship with the world beyond our ego-driven life is, in fact, essential to evolving our humanity. We must be informed by the extraordinary nature of the human psyche, including its spiritual instinct.   Many people fear the nature and power of their inner world, their psycho-spiritual reality; however, it is the most natural source of becoming all we might be. My book opens the window to the principles of this kind of feminine power and wisdom. For men as well as women.

Why this is one of the lost stories of Greek mythology.

In the ancient world, over eons of time, men grew to fear and denigrate the power and qualities of the feminine: connection, creation, birth, death, and union – a sense of deep, natural knowing. Represented by the goddess Hekate. Even the story of her demise was hidden in Greek mythology. Hekate was the great mother, the guide to the underworld. But with the rise of the murderous patriarchy, Hekate’s energies and wisdom began to fade, to be broken apart, denied, and concealed.

She became the archetype for the sacrifice of feminine nature. In the patriarchal world in which we live today, we yearn for inclusion, affiliation, intimacy, peace, and freedom. Every loss in these longed for states promotes alienation from self and other.  Over the long arc of her tale, Hekate showed me— and now you—how her loss in our consciousness has been catastrophic, a major contributor to the state of our lives and our world today.

And thus, my book has been written to once more reveal Hekate’s instinctual knowing and the unveiling of the full radiance of our souls.

“The consequences of this unfortunate rejection are… what the medical establishment calls mental illness, particularly anxiety and depression, and all that devolves from it.”

From Shards of a Broken Mystery